Computer games have become a big part of our life’s long time ago. Today not only children spend hours playing on the computer or console, but also their parents find themselves captured by the fantasy worlds. Creating a successful video game is actually a difficult task. The game designer has to combine a lot of factors, the talent of writers, developers, artists and other people.

The video game not only has to be created but also advertised and sold. But hard work pays off and the most hit games take a solid place in modern culture. Not to mention that the most popular games find their continuation in comics and movies.

We have to remember that games are not just technologies, favorite characters, sales and gigabytes of occupied space. It is also people who create them. And today we decided to recall some game designers, who presented us with numerous sleepless nights.

One of the most important and famous people in the history of game design was born in 1952 in the Japanese town Sonobe. A young Shigeru loved to draw, walk, explore caves and lakes and go to Kyoto to watch Disney cartoons and Hollywood action movies. All of these experiences later were reflected in his games in one way or another.

Two years after graduating from college, Shigeru Miyamoto met the owner of Nintendo Corporation and began working as an artist in the planning department. Two more years later he came up with the game called Donkey Kong, which conquered the US game machine market and predicted the future of both Miyamoto and Nintendo. Based on Donkey Kong characters, Miyamoto later created an arcade about the Italian plumber named Mario. The Mario franchise has become the most sold in the history of video games. Shigeru Miyamoto owns the authorship, which formed the basis of the second most sold game in history – Wii Sports. He has also come up with the concept of Wii console itself. 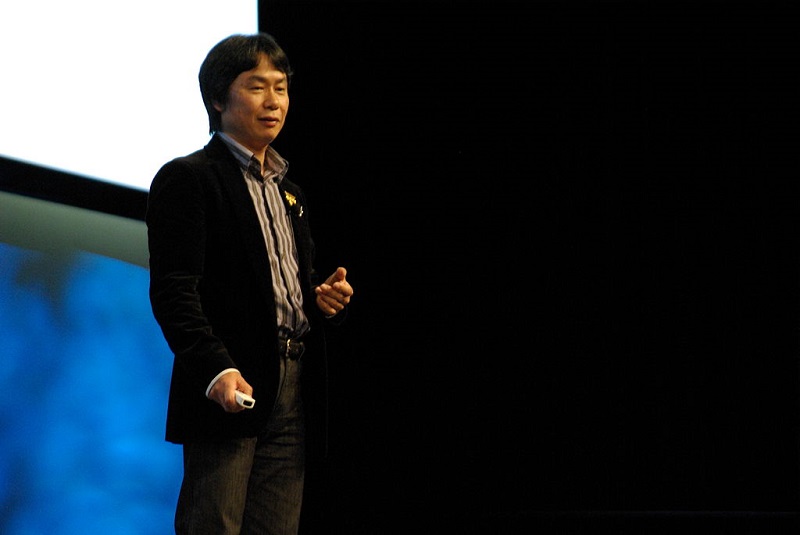 Sid Meier, the father and the guru of strategic games, was born in 1954 in the Canadian city of Sarnia. He later moved to Michigan, where received his degree in computer science at the local university.

In 1982, Sid and Bill Stealey founded a company called MicroProse. Initially, the studio was specializing in various flight simulators but later decided to focus on strategies. Games were promoted under the Sid Meier’s brand and the first one was called Sid Meier’s Pirates. Then there were Railroad Tycoon, Civilization, Colonization and many other strategies, which in the 90s have regularly brought Meier various awards and titles as one of the most influential and important people in the industry. In 1996 Sid founded the Firaxis Games studio, where he works nowadays. 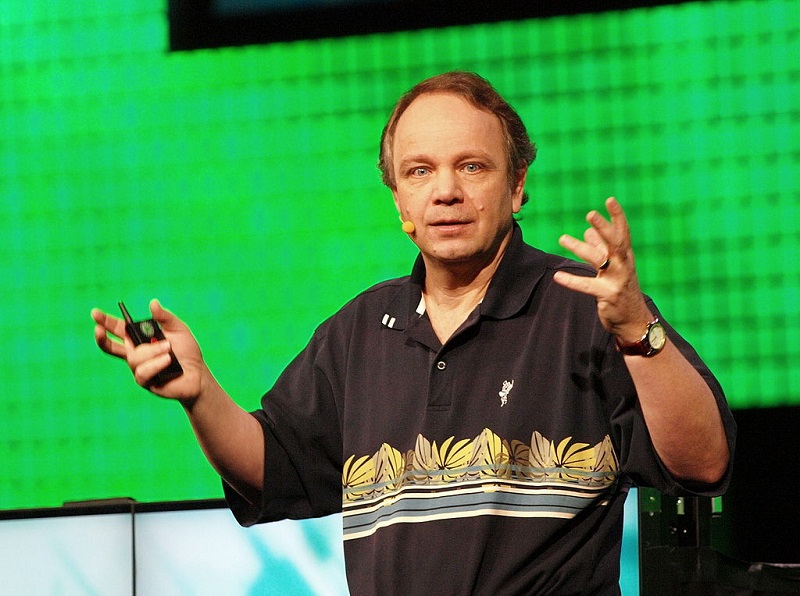 Ken Levine was born in 1966 in New York. He began his career as an actor and screenwriter for the Cheers series. In 1995 Ken started working for Looking Glass Studios, where he was involved in developing a game called Thief: The Dark Project. Two years later, Ken Levine and a couple of his other friends founded the Irrational Games studio. Their first project was the role-playing action game called System Shock 2, which was released in 1997. This game has eventually become cult and iconic for the entire industry.

As a leading designer and screenwriter Ken participated in other projects like Freedom Force, Freedom Force vs the 3rd Reich, Tribes: Vengeance and SWAT 4. The next important game release for Levine himself and for the whole studio was Bioshock. Its successor System Shock 2 was released in 2007 and collected various awards, as well as brought Levine the real fame and a title of one of the best game developers of our time. In addition, Ken Levine was awarded the Golden Joystick Award for his contributions to the gaming industry. 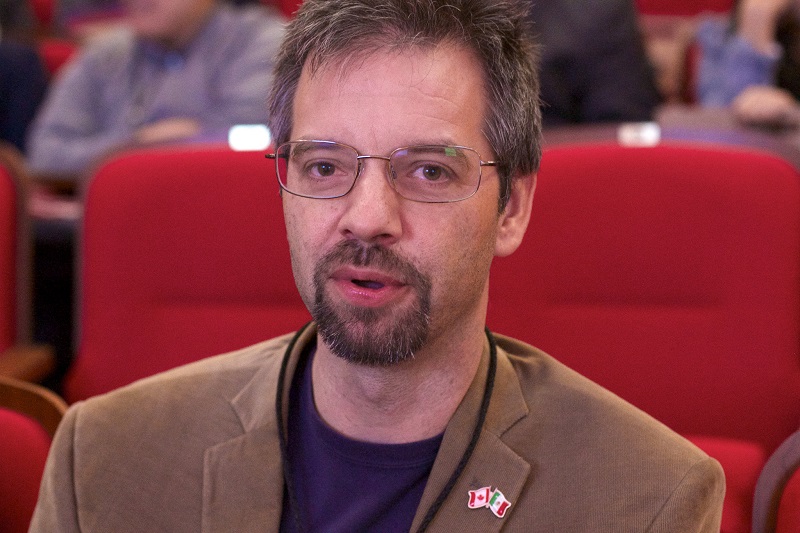 The biography of one of the best game designers in the history of computer games is pretty modest and simple. Todd was born in 1970 in a small town in Pennsylvania. After graduating from high school he moved to Virginia, where entered a college majoring in finance.

Right after college graduation, Todd Howard got a job at Bethesda Softworks, where he successfully works till these days. Currently, he takes up a position of director and executive producer of Bethesda Game Studio. Here is pretty much it: no scandals, intrigues or loud divorces. In such a calm environment Todd has created and produced almost all the most famous and sold games in the last 20 years. Such legendary series as The Elder Scrolls and Fallout have made Todd Howard an icon for many players around the world.

Hideo Kojima was born in 1963 in Tokyo. As a child, Hideo was fond of writing, drawing and cinema. At the university, he was majoring in economics but used to shoot amateur films at the same time. When he came across the Super Mario Bros, Hideo became interested in video games and in 1986 got a job at Konami.

Being more of a storyteller, rather than a programmer, Hideo several times found himself on the verge of dismissal. His first game Lost Waarld was rejected and Penguin Adventure did not bring much success. But in 1987 Hideo Kojima came up with a revolutionary stealth-action Metal Gear, which determined a successful future for himself and for the whole company.

As a member of Konami team, Hideo created other games, such as Snatcher and Bokai. But the main project of his career as game designer and developer was the Metal Gear Solid series. Working on numerous continuations for a variety of platforms, Hideo Kojima has become one of the richest, most famous and influential people in the gaming industry. In 2001, the Newsweek magazine included Hideo in the list of “Who’s Next?” as one of 10 people who had most significant impact on their field of activity. 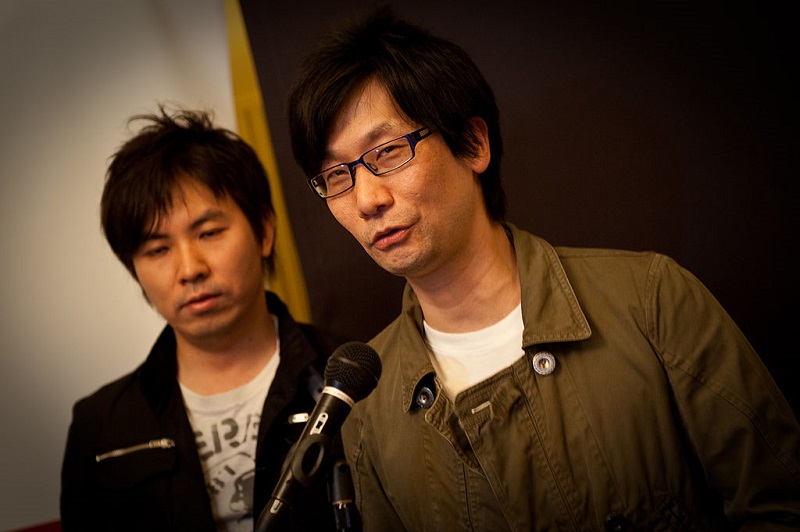 Hideo Kojima (on the right)

One of the most famous writers and designers in the gaming industry was born in 1971 in the USA. Chris was a descendant of Sicilian immigrants and since childhood was fond of science and technology. However, after graduating from college Chris did not become scientists. Instead, he started writing scenarios for role-playing games in the Dungeons & Dragons setting.

In 1997 Chris Avellone starts his career at the Interplay studio, where he takes part in developing Fallout 2 and Planescape: Torment, which has brought him a real fame. After that Chris worked on all games of the Icewind Dale series. He was also entrusted with the continuation of Fallout, which at that time had a secret name Project Van Buren. However, the game was canceled, and Avellon left Interplay. Soon he became one of the co-founders and lead designer for Obsidian Entertainment, which gave us a lot of great RPGs. As a guest star Chris also helped Brian Fargo in the development of Wasteland 2. 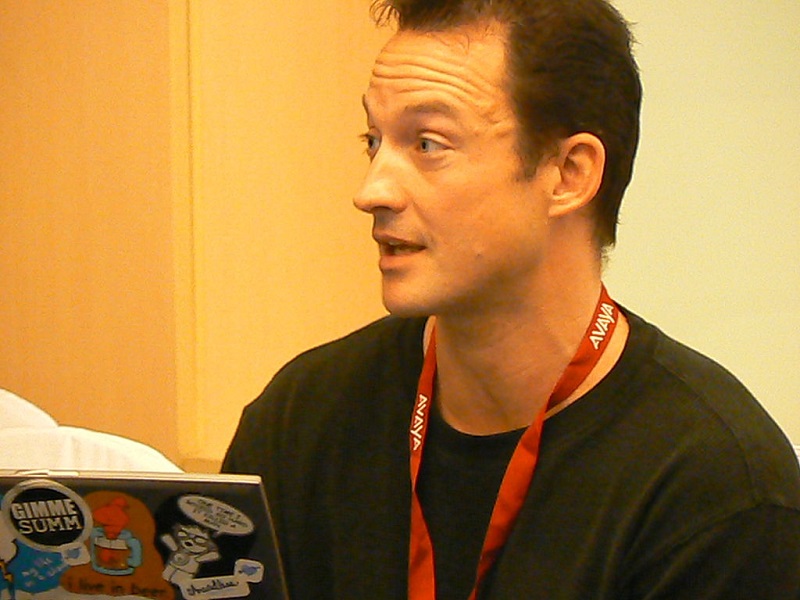 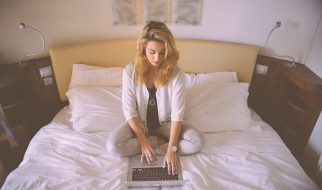