Video game design is undergoing a dramatic shift. These go from a creative pursuit that has a lot of work involved to a creative pursuit where the work is handled by computers. This is the goal and drive of game creation; to get closer to the creative process, take advantage of creativity, while leaving mundane tasks to the computer. And computers do this very well.

There are three different game worlds that I will venture into. And I’m going to make some interesting predictions of where we’re headed.

The first area the game makes progress lies in language. And what I mean by this is that when you design a game you have to communicate with the computer. You have to tell him what you want to see in the game and what you want to happen in the game. It starts with the programmer writing long lines of code in a programming language. This language is something that takes hundreds of hours to learn. As a result, people have to learn computer language. But, as computers advanced things changed and Graphical User Interfaces came to the forefront as a much better way of communication between people and computers. Now you can use your mouse and navigate the screen to get things done without knowing any computer language. And this also applies to game creation. Now there are apps that are almost exclusively drag and drop. You can build worlds and insert items, objects, models and behaviors into them without doing any coding.

Okay, so what’s next in the world of language and game creation? Lies on the golden feather of the computer world: “Natural Spoken Language”. Software companies have been pursuing the goal of making computers completely hands free for a long time now. And while there are plenty of voice recognition software programs out there they haven’t performed well enough. But we keep moving forward and we’ll get there. And when we do technology will become an integral part of game creation and game design. You will be able to tell the application “I want the castle. No, make it bigger. Good, now put the stained glass windows. Now I want a character who is a big muscle-bound hero. Etc …. Etc …

When speech recognition is perfected and ubiquitous we will cross important thresholds in technology. No longer do we as people have to learn computer languages. Computers will study our computers. And this will have a dramatic impact on game creation.

Another area of ​​development that is particularly interesting in terms of game creation is the area of ​​self-teaching and self-growth. Games will be able to take the small amount of information and guidance you provide and grow themselves the way you want, and also in the unpredictable but rule-based ways you design. The world of computer games is already making great progress in this area and some good examples of this are Sims games where the world grows on its own but under your guidance. A game that is coming out soon that really takes this self-growth to mind is a new game called Spawn. As a game designer you will be able to dictate a set of rules and watch as your game grows.

The potentially most attractive aspect of game design is present in the advancement of the interface. As computers move towards creating virtual 3d worlds that are free of monitors so game makers will become independent of them. There will come a time when game makers will really take a look at three-dimensional models of their games as they build them. You’ll be able to get straight into the game world and move stuff around, stretch larger objects, squeeze them smaller, and paint them a different color all with the stroke of your hand. This freedom will make immediate use of the power of our eyes and take game-making to heights that were never even imagined.

Game Design has come a very long way since the early days of a long line of programming code and the art will continue to evolve in very interesting ways. And although it is difficult to predict which ways technology will go it is a fact that we will continue to move in ways that will bring it closer to animating your imagination and your ideas while sending into the shadows of all computer work. As a result the computer itself will become less and less clear in the process and creativity will become stronger.

Are you looking for slots and video games to play online? If so, then you have come to the right place. In this article, we will be discussing why playing slots online can be a good thing for you and some tips on how to get the most out of it.

First of all, when you play slots online, you can do it whenever you want. This is a great way to pass the time and not worry about your family’s or your job schedules. However, playing slots is not recommended during heavy traffic periods since there are high chances of winning without a big bankroll.

Another great thing about slots is that they have a wide variety of games. This means that if you like slots games, you can always find something to play and never get bored. One example of this is online video games. Video games are very popular with many people and it would seem logical that slots should be just as fun.

One of the best things about slots is that they allow you to play for as long as you want. There are no expiration dates on these games, which makes them a good way to pass the time. Also, you have a lot of options when playing slots online. You can opt for multi-line jackpots which will give you a much better chance of winning. On top of that, online slots also have bonus games which allow you to win free money.

The best part about playing slots online is that you don’t have to leave the comfort of your home. All you need is an internet connection and the ability to understand regular graphical instructions. Once you master the art of playing slots and you will be able to win a lot of money.

Before you start playing, it is important that you know how the slots work. In most games, you must activate the spin button before it spins your reels. You will also need to identify the reel when it is spinning so that you can bet on it. Most games have a limit on how much money you can take home with you.

While playing slots, you may want to consider downloading software which allows you to preview different slots so that you can choose which ones you would like to play. In addition to that, this will allow you to download game tips so that you will be on your way to winning big amounts of money. If you prefer to play video games instead of slots, you may even want to try your luck on the slot machines in order to gain more skills.

Another way in which playing slots can benefit you is through gaining more money. It is simple in principle. All you have to do is select a number and spin it. The more times you spin it, the more money you will win. However, while playing Starburst online slots, you should select a number that is easy to beat. For example, if a particular number has been winning lately, then you shouldn’t try to select more than three numbers at a time.

If you love to play video games, you will love slots. These games can really give you the same excitement as other kinds of casino games. All you need to do is find an online casino and start playing today. 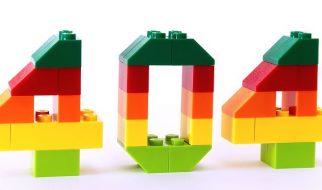 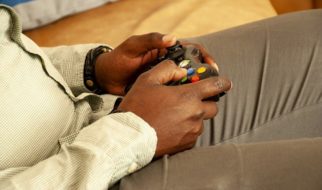